Ford Mustang Vs Chevrolet Camaro, they have competed against one other since time immemorial. Because both Ford and Chevy want their favorites to dominate the track, both models have been regularly updated over the years to battle for victory.

In the newest generation, Camaro continued to pressure Ford Mustang to increase, while Mustang also raced aggressively with its rivals.

From the outside, the dimensions of both the Ford Mustang and the Chevy Camaro are quite similar. However, the Mustang is still a bit longer, wider, and taller, but difficult to see with the eye without taking the exact numbers to measure. And its weight is also lighter than the Camaro V4 version to 85 Kg and Camaro V6 version up to 134 Kg.

Camaro is a car with a very sporty long-tail design. The car owns two grilles: A small upper grille and a larger lower grille. In addition, on the bonnet of Camaro SS and 1LE versions, there is a vented design to reduce engine temperature.

The Camaro has a higher ceiling, but the legroom is less generous than in the Mustang. With a seating layout of only 2 + 2, the 2-door sports coupe models do not give a pleasant location in the seating area. This is easily understood by opting for a two-door sports vehicle, which forces owners to practically utilize the back seats or use them just for children or transporting stuff. In this case, both the Ford Mustang and Chevrolet Camaro feature back seats; however, no passenger can be content if they must sit.

The Camaro's interior design feels more cramped, not as airy as when sitting inside a Mustang. In terms of storage space, the Mustang has a trunk capacity of 382 L, while the Camaro is only equipped with a trunk with a more modest capacity, only 258 L.

In contrast to the wonderful classic external style, the Mustang does not like the inside design of the 2015 Chevrolet Camaro because of the use of harsh plastic on the doors and center console. On the other hand, the dashboard is a fascinating blend of vintage Camaro elements like the speedometer and cutting-edge technology like the 7-inch color touchscreen.

Another benefit is the car's cockpit is a cluster of four instruments that measure oil pressure, battery voltage, gasoline, and gearbox temperature.

The Mustang's cockpit is inspired by aircraft with a similar design to the Chevy but with higher quality materials and easier gear changes. The Mustang's interior's technological features include smart access, SYNC, MyFord Touch, navigation apps, a MyColor clock, and the new Sharer Pro sound system. 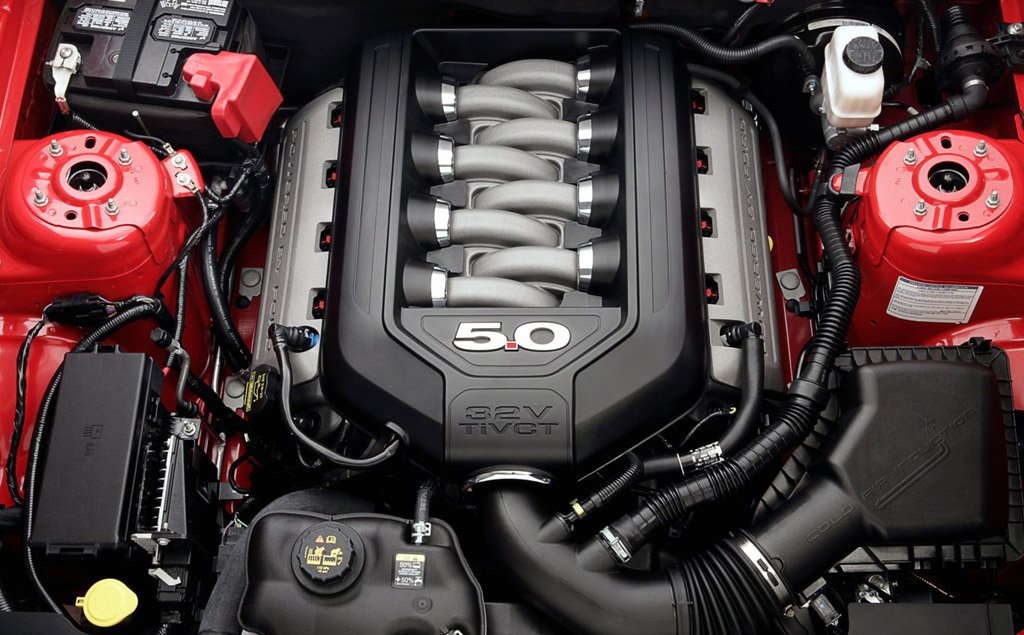 Chevy continues to outfit its Camaro 1LEs with a 2.0-liter turbocharged engine or an optional 3.6-liter normally aspirated V6 engine on the opposite side of the battle line. Furthermore, the manufacturer incorporates improvements to the suspension and cooling system that are adequate for demanding track running conditions.

The latest generation Mustang and Camaro are both more focused on cornering abilities.

The Camaro is quicker, finishing the eighth lap in 24.1 seconds with a gravity acceleration of 0.85 g. The steering is exceptionally quick and accurate, and it is paired with big Brembo brakes to assist the vehicle in negotiating turns effortlessly. To my eyes, the Camaro is a fantastic drift machine.

When going forward on the highway, the Mustang seems at ease. With a top speed of 120 km/h at 2000 rpm in 6th gear, the Ford Mustang quickly outpaced the sluggish traffic surrounding it without shifting into 5th gear. The comfort, however, will vanish as the automobile meets corners.

The high-performance Ford Mustang has a more affordable price (with the lowest variant) than the Chevy Camaro. You can refer to this Chevrolet Camaro and Ford Mustang price list here below:

The Chevrolet Camaro has always been a capable challenger to the Ford Mustang in the muscle car sector since its introduction in 1966.

Between Ford Mustang Vs Chevrolet Camaro, it isn't easy to select one. Mustang is a car that will make you accelerate as soon as the green light goes on, giving you a smooth sensation on the road but making sharp curves tough to handle. On the other hand, the Camaro is a little fresher and can easily slide around curves and accelerate flexibly on the street. Both are great options for those looking for excitement in their driving experience.

Hope you find this car comparison article on Philcarprice helpful. We have more car comparisons post so check it out before purchasing.

If you have any wonders, feel free to contact us! 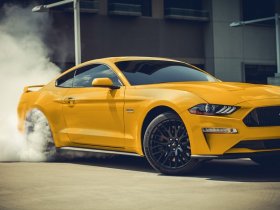