Toyota 86 Modified - How to innovate your Toyota 86

In the sports car genre of Toyota, Toyota 86 is one of the best ones. Though it’s already a good car, a significant number of drivers still want to make it more like a muscle one. Therefore, in the down below, we would like to introduce to you some basic information about this 86 and go deep into how you should have your Toyota 86 modified.

Keep reading and find the most suitable Toyota 86 modified version for you!

The Toyota 86 has been expected to be an outbreak because of their latest version. It is planned to be launched in 2022 with a new appearance and features. And Toyota 86 price Philippines varies depending on each model.

Its new version will have a new grille that is expected to be larger than the previous. Besides, the taillights and the bumper will be redesigned with a new appearance.

Although this car has appeared in the market since 2012, it is never outdated. It has a makeover every several years. This 2022 version is remodeled with some different details compared to the previous.

The hood of this car is wide and pretty lengthy because the cabin is redesigned to be more backward. This new appearance makes people feel it is faster and more eye-catching.

While the exterior of this version has some changes, the interior is still almost the same as some previous versions. It has a pretty small legroom space which makes it have a limitation in passengers.

This small space is just appropriate for children or small passengers. The steering wheel is thin and designed with close medals to help drivers use the brake or accelerator.

This car has two sports seats in the front and two back seats. The cabin is designed with black and red color. The 2022 version will install an 8-inch touchscreen instead of the 7-inch as other "brothers".

Most previous models have driver assistance systems for safety features, and Toyota 86 2022 will certainly have some security functionalities.

Each vehicle should have these fundamental features, including automatic braking for some emergencies to minimize the possibility of accidents, a lane departure warning system, and a driver assistance feature.

Sick Hachiroku is a kind of rear-wheel-drive car; this kind of car is considered one of the best cars on the market. They allow drivers to do the most appealing burnout and do some drift action on the race. It is the reason we called it Drift Queen.

The Dope GT87 is ideal for drivers wanting a power car without spending too much money. This GT86 is a compact model with an attractive and sporty appearance.

An engine swap is the coolest part of this Toyota 86 custom. Moreover, their small shape is a special reason for the young generation to choose.

AE86 is a very big pride of Toyota. This car is a product from the 1980s, and the signature is their boxy design, and they mostly have hidden headlights.

You don't need to worry about the irreversible torque dip of some previous models anymore because this problem has been solved in this model.

Besides, the design of this model is extremely eye-catching and gives people the feel of power. The warranty is available for sports cars, and they have fantastic driving dynamics.

One of the biggest problems of the Toyota 86 modified is their noise. This weakness may be hard to accept for anyone who doesn't like noisy things.

It also has cramped space; it doesn't have enough space for too many people, which is an uncomfortable experience.

The Coolest Mods For Toyota 86 Modified

The Engine Control Unit, also known as ECU, is called the engine's core. It controls most of the actions in the engine, including fuel or air mixture.

If you want to remap your ECU, I seriously suggest choosing some prestige brand. It will help your car run more smoothly and produce a lot of power.

It's up to you to install a turbo in your car even when Subaru BRZ 2022 won't have a turbo. You can spend days upgrading your car with a turbo.

Moreover, if you want to upgrade your car to the supercar level, you might consider full-blown Motorsports Kit stage 2. However, this modification is better done by experts.

The performance aerodynamics will make your car drive at high speed, whether on track or off the track. Aside from the speed, the aerodynamics kit is an element that makes your car look cooler and feel upscale.

Here is some essential knowledge and car tips you should know about Toyota 86 modified. The manufacturers never disappoint the customers but there’s always ways to get your car to have a higher performance.

Apart from some strengths like the captivating design, they still have some weaknesses, and the noise is considered the biggest.

Thanks for your reading our article on Phil Car Price, and we will see you soon. 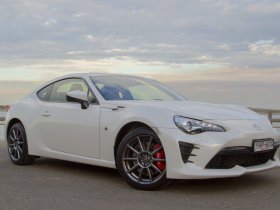